Class Action Against Walmart for Wage and Overtime Violations 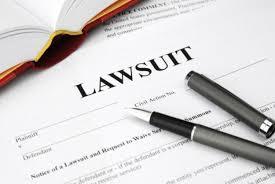 On November 13, 2018 a California federal judge denied Walmart's bid to decertify a class of at least 50,000 workers who claim the big-box retailer underpaid them for missed lunch breaks. This decision comes after a federal judge just a couple of months ago granted partial class-action status in a lawsuit alleging wage and hour law violations at a Walmart Inc. warehouse in California.

Plaintiffs Chelsea Hamilton and Alyssa Hernandez, former employees of Walmart, filed a class action lawsuit on behalf of all persons who worked at Walmart's Chino, California Fulfillment Center. The case was initiated by the lead plaintiff, Chelsea Hamilton, on behalf of 3,800 workers at the Walmart Chino Hills fulfillment center who argue that they were denied compensation in violation of California labor codes. Hamilton and Hernandez claim the company failed to pay for all regular hours and overtime worked, and to pay final wages in a timely manner; provide required time for meal periods and rest breaks; and provide accurate itemized wage statements.

Plaintiffs claim that Walmart required its employees to work “alternative workweek schedules” such as four 10-hour shifts per week or three 11.25-hour shifts per week and did not pay overtime unless the employee worked over 10 hours in one day. Plaintiffs claim that Walmart did not comply with California law when implementing these alternative workweek schedules and that the employees should have been paid overtime for work performed in excess of eight hours per day. 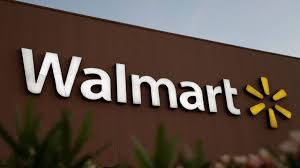 The complaint also alleges that the California Labor Code gives employees the right to take a thirty-minute meal period for every five hours worked, but that the Chino Walmart regularly failed to give workers a second duty-free meal period when they worked more than ten hours and did not provide them with compensation for the missed meal breaks. Also, they say workers had to clock out before going through a security checkpoint for meals and at the end of shifts when they should have been paid for that time.

California federal Judge Andre Birotti Jr. certified each alleged violation as a class except the one regarding rest breaks. The Court did not certify the class for rest breaks, for failure to provide second meal breaks, or for short shift premium, which means your rights to seek money for these violations must be done individually, by you for yourself alone. The class was certified because the court determined that there are enough individuals with common causes and similar grievances. The class for this action is all non-exempt “associate” employees who worked at the Chino, California Walmart (located at 6750 Kimball Ave., Chino, California, 91708), during the period from June 13, 2013, to the present.

This case comes after similar issues were heard in California Court in the landmark case of Troester v. Starbucks. Because the court in the Starbucks case rejected the “de minimis” defense, which involves small amounts of off-the-clock hours that are tiny enough to be irrelevant, employers including Walmart are now left in a more difficult position in defending against cases of this nature. The California Supreme Court in this case, however, did leave open the possibility that the “de minimis” argument could be used in cases in which a worker's time is either irregular or small, usually thought to be less than 10 to 15 minutes.

At this time, the Court has not decided whether Walmart or plaintiffs are correct in this case. That will be determined at trial, which is set for April 2, 2019. As we continue to monitor this case, we remind you that all California employers must maintain compliance with both federal and California wage and hour laws year-round. This means understanding when those laws are similar and when differences exist. This also means knowing which legal provisions are most favorable to employees. Should you have questions about federal or California's wage and hour laws don't hesitate to contact Kingsley & Kingsley to speak with one of our experienced labor lawyers if you have questions about any of California's existing employment laws.