What Is Your Retaliation Claim Worth? 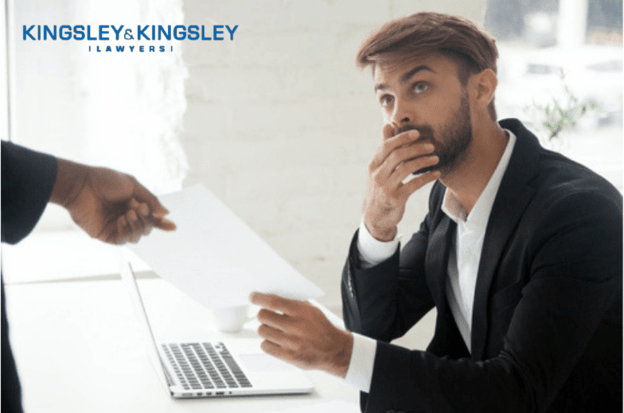 Verdicts from various California Courts, as well as settlements that have been reached between employees and employers of all sizes, demonstrate the risk of retaliation liability and retaliation claims that can occur if an employee files a formal complaint about mistreatment.  Learn more about the possible value of a retaliation claim by browsing our key points below.

Even when employers can prove that discrimination, harassment, or another type of employment claim doesn't arise to the level of being illegal, employers might still be found liable because the person who made the complaint suffered adverse employment consequences after speaking up.

According to a review of recent jury verdicts and settlements for workplace retaliation cases, employees who file claims in good faith, even if their claims end up being unfounded, are shielded from employer retaliation.

Some of the verdicts and settlements cited in the review include:

While the sample verdicts and settlements above may not represent typical outcomes, only an experienced employment lawyer can appropriately evaluate your case.

All employment laws prohibit employers from taking adverse employment action against employees for engaging in protected activity. Protected activity includes complaining about or opposing practices forbidden by the statutes and participating in investigations of prohibited conduct. Adverse employment action includes wrongful termination, failure to promote, punitive transfers, and other actions that have a material impact on the terms and conditions of employment.

What Makes A Strong Retaliation Case?

Winning a retaliation case can be daunting, but it is possible when you have strong evidence on your side. Your case is only as strong as the evidence you have. In other words, you need to substantiate your claim with facts and evidence. That is when your case gains strength and credibility.

Here are some of the types of evidence that make a strong workplace retaliation case:

What holds weight in workplace retaliation cases is whether you, as an employee, saw or experienced behavior or action (or in some cases lack of action) on the part of the employer that was unlawful, and were punished for reporting it.

Such evidence may be presented in the form of emails, memos, documents such as employee reviews or other types of correspondence. It is crucial that you carefully preserve such evidence in a location where you can readily access it at any time. An experienced Los Angeles workplace retaliation lawyer will be able to help you collect, compile and present evidence in a powerful manner.

What Are The Three Elements Of A Retaliation Claim?

Here are three elements you will need to establish in a retaliation claim:

What Is A Good Example Of Retaliation?

Retaliation in the workplace can take many different forms. However, in all cases, workplace retaliation occurs because an employee engaged in a protected activity and the employer took some type of adverse action against employee as a result. The law prohibits employers from retaliating against or punishing employees for engaging in protected activities such as reporting discrimination or harassment in the workplace.

One good example of retaliation is wrongful termination. Let's say you complained to the human resources manager in your company that your supervisor propositioned you and acted inappropriately with you. If your supervisor calls you in and fires you after you filed the complaint, you can establish a connection between the two events. In the same situation, if you told your supervisor to stop sexually harassing you and he fires you, that also amounts to retaliation.

Do You Need Help Filing a Retaliation Claim Against Your Employer?

The retaliation attorneys at Kingsley and Kingsley are committed to helping employees defend their rights and recover compensation for economic loss, punitive damages, and attorney's fees arising from illegal, harmful actions taken by employers. Our award-winning employment law firm has been fighting, and winning, for workers across the state of California since 1997.

Without a licensed legal professional's evaluation of your situation, you'll never really know whether or not your rights were violated. If you believe that your employer is retaliating against you for engaging in legally protected activity, then contact our firm immediately. Using an employment lawyer following retaliation is one of the best ways to help protect your rights and obtain compensation. We are here to stand in you corner and provide reliable counsel to help ensure that your legal rights and best interests are protected.

Give us a call at (818) 990-8300 today to speak with one of our friendly legal professionals about your situation. The consultation is free and you won't ever pay unless you hire us, and we win your case.