Am I Being Sexually Harassed At Work?

Sexual harassment occurs in places where it is tolerated. An environment where such behaviors are allowed to continue unchecked is ripe for abuse, harassment and discrimination. And it doesn't have to happy just in the office.  Sexual harassment outside of the office at work sponsored functions can happen too.

Oftentimes, the individual who is harassed may not even be certain that he or she is being harassed in the workplace because the employee may have been putting up with such behaviors for a long period of time.

So, how do you know that you are being sexually harassed at work? Here are a few indicators. 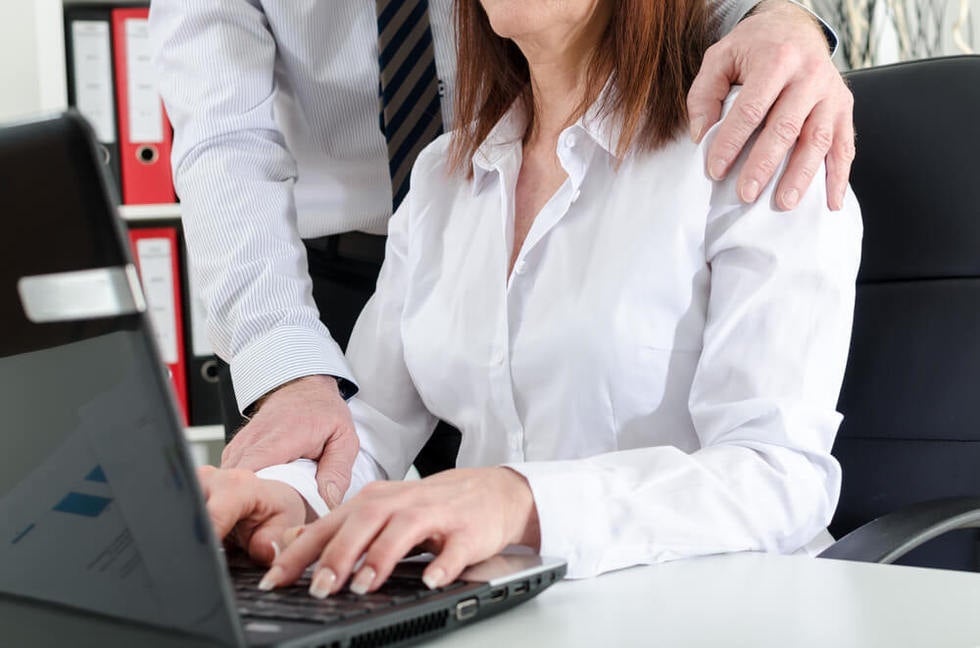 Such behavior could range from sexual comments or requests you find unwanted or offensive and inappropriate touching.

There are many examples of such actions. You may feel uncomfortable when someone corners you in a tight space, asks you about your love life or sexual experiences, subjects you to hearing about their sexual experiences, keeps asking you to go out on a date with them or shows you pornographic materials.

In such situations, it is important that you trust your instincts. If it feels uncomfortable and inappropriate to you, it is highly likely that you are being sexually harassed.

If you have tried a number of ways to discourage such behavior or have even candidly stated that you want it to stop, but it continues, then it is a clear indicator that you are being sexually harassed.

The Equal Employment Opportunity Commission (EEOC) states that simple teasing, off-hand comments or isolated incidents, which are not serious or criminal, may not qualify as sexual harassment.

However, when these incidents become frequent or severe and the behavior creates a hostile work environment, it is unlawful.

You may not have enough information or the appropriate channels to report sexual harassment in the workplace. You may also feel embarrassed or fear that your employer may not believe you. In addition, if you've seen colleagues get put down or suffer negative repercussions as a result of speaking up, that may be another red flag.

You may fear retaliation and that is a clear sign not only that the harassment is serious, but also that you are in a toxic, unhealthy and hostile work environment.

Red Flag #4: Your Gender Is Holding You Back

Sexual harassment is not only harassment of a sexual nature, but also discrimination based on gender.

For example, if you are being demoted, passed over for opportunities or promotions because of your gender, such behavior could also be considered sexual harassment.

If you believe you are experiencing sexual harassment, it is important that you contact an experienced workplace sexual harassment lawyer who can provide you with more information about pursuing your legal rights. Call Kingsley & Kingsley at (818) 990-8300 to find out how we can help you.

What Should You Do If You Are Being Sexually Harassed at Work?

There are several steps you can take if you are being sexually harassed at work:

Reporting the harassment to a governmental agency. In California, you may file a complaint with Department of Fair Employment and Housing (DFEH) online, by mail, or over the phone. The Federal Equal Employment Opportunity Commission (EEOC) enforces federal anti-discrimination laws. Their website has information on filing complaints. Complaints filed with DFEH or EEOC are automatically cross-filed with the other agency.

What is Considered Harassing Conduct?

Some types of conduct are clearly and obviously sexual harassment such as sexual assault, unwanted kissing, touching of breasts or genitals, showing or sharing pornography, request of sexual favors and making sexually explicit comments. There is no question that these overt incidents still occur in workplaces. However, there are subtler forms of sexual harassment, which are still severe enough to create a hostile work environment for employees. Such behavior might include:

In order to qualify as sexual harassment that creates a hostile work environment, the conduct must be offensive not only to the employee, but also to a reasonable person who is placed in the same circumstances.

Fear of Retaliation or Repercussions

If you feel uncomfortable about sexually harassing behavior in the workplace, but if you worry that speaking up will result in retaliation, this is a clear indication of harassment. The type of retaliation you fear may range from being excluded or disrespected in the workplace to worrying about being demoted or even terminated from your job. For example, if you spoke up against someone making a sexual joke and are criticized for not being able to take a joke or not having a sense of humor, you may feel like you complaints will go unheeded. This type of dismissive behavior is a clear indication that you are enduring sexual harassment and a hostile work environment.