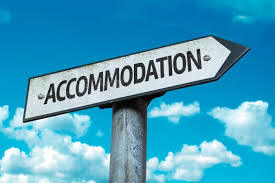 On May 11, 2018, the Ninth Circuit Court of Appeals ruled that the plaintiff, not the employer, maintains the burden of proving the availability of a reasonable accommodation, even if the employer did not take advantage of the interactive process under the Americans with Disabilities Act (ADA). [Snapp v. Burlington Northern Santa Fe Railway Co.]

Plaintiff, Danny Snapp worked for BNSF from 1971 through 1999. Due to tiredness and low energy, he went to a doctor in 1994. He was diagnosed with sleep apnea and had surgeries in 1996 and 1998 in unsuccessful attempts to correct his condition. In 1999, BNSF received a report from Snapp's physician. Snapp's supervisor told Snapp he did not believe Snapp could work in a safe manner. In 1999, Snapp took a “fitness for duty” evaluation, was determined to be totally disabled, and went on short-term disability leave. He applied for long-term disability benefits through CIGNA, the third-party administrator for BNSF's disability plan. In February 2000, BNSF's medical director told Snapp that CIGNA had approved Snapp's claim for disability benefits and that, should CIGNA later find him ineligible, he should contact BNSF's medical director to plan a “return to work.”

Snapp began a period of long-term disability leave and received payments from CIGNA. In 2005, CIGNA requested a sleep study to verify Snapp's continuing disability. When Snapp arrived at a clinic for the study, the clinic asked him to sign a release accepting personal financial responsibility for the test. He refused and did not complete the study. In November 2005, CIGNA terminated Snapp's disability benefits citing an absence of evidence of continuing disability.

Snapp brought action against the United Transportation Union and his former employer, Burlington Northern Santa Fe Railway Company (BNSF), alleging a failure to accommodate under the Americans with Disabilities Act. A jury returned a defense verdict, and Snapp appealled. At trial, the parties disputed whether Snapp had requested an accommodation. In addition, the parties disagreed as to whether and how the jury instructions should address the “interactive process,” i.e., the statutorily required collaborative effort for identifying an employee's abilities and an employer's possibly reasonable accommodations. Snapp argued the district court improperly rejected a proposed instruction that would have imposed liability on BNSF merely for failing to engage in the interactive process, regardless of the availability of a reasonable accommodation. Snapp also argued the district court improperly rejected a proposed jury instruction that would have described his overall burden of proof as a mere burden of production rather than as an ultimate burden of persuasion. Finally, Snapp argued the district court erred by refusing to treat statements by BNSF's Federal Rule of Civil Procedure 30(b)(6) corporate representative as binding admissions.

Ninth Circuit Decision
After losing on the motion and the trial, the plaintiff again appealed to the Ninth Circuit, this time questioning the jury instruction on the burden of proof. The Ninth Circuit found no error and affirmed the judgment of the district court. The plaintiff argued that under the Supreme Court's Barnett decision, employers that fail to take advantage of the interactive process to explore accommodations bear the burden of proof through trial as to whether there were any available measures which could have been taken. The court disagreed, limiting the impact from not engaging in the interactive process to the summary judgment stage, and not at the trial itself. Almost every federal court considering this question has concluded that at trial, the plaintiff must demonstrate the availability of a reasonable accommodation not provided by the employer.

Conclusion
California employers avoided an almost impossible situation as the court ruled against the plaintiff. Due to this decision, companies will not face an insurmountable legal hurdle when later called upon to defend their decisions, however, this case reinforces the importance of engaging with employees facing medical issues relating to work performance. This case also demonstrates the complexities in both state and federal laws when it comes to disability and sex-based discrimination. The experienced California employment lawyers at Kingsley & Kingsley can quickly answer your questions about the ADA, disability , or any of California's employment laws. To discuss these laws, or a potential claim on your behalf, feel free to call us toll-free at (888) 500-8469 or click here to contact us via email.