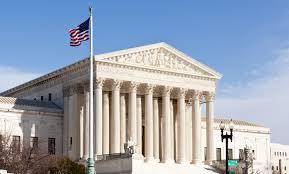 On May 15, 2017, the Supreme Court of the United States (SCOTUS) rejected the City of San Gabriel, California's attempt to appeal a Ninth Circuit Court of Appeal's ruling. This case started when the City of Gabriel questioned the expansive interpretation of what employers must include as “wages” when establishing the regular rate of pay to calculate overtime under the Fair Labor Standards Act (FLSA). Specifically, the Court was to decide (1) whether the Fair Labor Standards Act, Section 207(e)(2), allows employers, when calculating the overtime rate, to exclude payments to an employee that are entirely unrelated to “his hours of employment,” as other courts of appeals (third, sixth and tenth circuits) have held in conflict with the U.S. Court of Appeals for the 9th Circuit; and (2) whether the 9th Circuit's outlier “willfulness” standard, triggered whenever a non-compliant employer “was on notice of its FLSA requirements” but failed to investigate further, contravenes this court's decision in McLaughlin v. Richland Shoe Company.

The Path to the Supreme Court

The City of San Gabriel provides a flexible benefits plan to its employees under which they receive a designated amount of money to be used to purchase medical, vision, and dental benefits. Employees can decline to purchase medical benefits and then receive the balance of their unspent dollars in the form of a “cash-in-lieu” payment. Based on Section 207(e)(2) of the FLSA, the city did not factor such “cash-in-lieu” payments into its overtime pay calculations. This Section of the FLSA authorizes employers to exclude from the regular rate “any payments made for occasional periods when no work is performed due to vacation, holiday, illness, failure of the employer to provide sufficient work, or other similar cause; reasonable payments for traveling expenses or other expenses incurred by an employee in the furtherance of the employer's interests and properly reimbursable by the employer; and other similar payments to an employee that are not made as compensation for his or her hours of employment.”

However, on appeal, the Ninth Circuit ruled on both issues:

The City of San Gabriel filed a petition for certiorari, requesting the Supreme Court to clarify conflicting interpretations of Section 207(e)(2) in the federal courts of appeal and arguing, among other things, that the Ninth Circuit misstated the “willfulness” standard under the FLSA. On May 15, the Supreme Court declined the petition in City of San Gabriel v. Flores, No. 16-911, allowing the Ninth Circuit decision to stand.

California employers who provide “cash-in-lieu” payments should review their benefits plans to determine if they should include such payments in their regular rate of pay and calculation of overtime pay. Employers and employees alike should contact leading employment lawyers at Kingsley & Kingsley with any questions concerning California's wage and hour laws. Call and speak to an experienced California lawyer toll-free at (888) 500-8469 or click here to contact us via email.