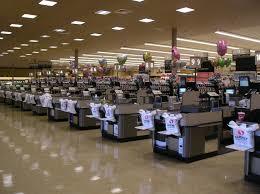 Gary Batze, et al., brought a lawsuit against their employer Safeway/Vons for failure to pay overtime wages. The employees (a group of assistant managers) claimed they should have been classified as non-exempt managers entitled to overtime pay. The assistant managers testified that they were required to engage in non-exempt duties such as stocking shelves and building product displays. After weeks of trial testimony, the trial court determined that the employees were engaged for more than 50 percent of their work week in managerial tasks and that they met all the other qualifications to be exempt from overtime.

The assistant managers appealed the ruling, contending gaps in the evidence should have precluded the trial court from finding exempt status. They argued that they did different jobs at different times and there were differences at stores affecting the time spent on various job duties. They also argued that the trial court must determine exempt status on a workweek-by-workweek basis, without drawing inferences from the employees' activities during other workweeks to fill in those gaps.

The assistant managers lost their appeal when the Court of Appeal affirmed the trial court's ruling, holding that the employer had a realistic expectation that its store managers would be involved primarily in exempt work. The Court did acknowledge that this does not mean the trier of fact cannot make reasonable inferences from the employees' activities in earlier and later periods. However, just as the trial court did in this case, there was no evidence to suggest the employees' duties varied significantly between store to store or week to week. The Appellate Court also found that the work performed by the employees during a strike did not transform them into non-exempt employees, and further held that the statute of limitations was not tolled until the trial court's order denying class certification was entered.

The California employment lawyers at Kingsley & Kingsley will continue to monitor this case and others involving wage and hour claims. Should you have questions about overtime compensationor reimbursement, call and speak to an experienced California lawyer toll-free at (888) 500-8469 or click here to contact us via email.