California Court of Appeal finds in Sprunk v. Prisma LLC that a defendant in class action litigation can waive its right to seek arbitration against absent, unnamed class members by deciding not to compel arbitration against the named plaintiff within a reasonable timeframe.

Maria Sprunk is the named plaintiff in a wage and hour class action case against Prisma, LLC , doing business as “Plan B”. Sprunk and the other class members are dancers who performed at Plan B, an exotic dance bar and restaurant located in Los Angeles, California. Sprunk alleges that the dancers were misclassified as independent contractors rather than employees, and that they were consequently denied various benefits that the law requires for employees, such as minimum wages, meal periods, and reimbursement of expenses. Sprunk also alleges that Plan B misappropriated tips in her complaint filed on October 7, 2011.

Sprunk and all other class members signed contracts containing an arbitration clause. There were two versions of the arbitration clause–one version that did not specifically address class arbitration while the other version (effective July 2011), contained an express waiver. Sprunk signed the first version of the agreement. On November 28, 2011, Plan B sent an arbitration demand. 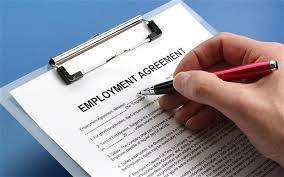 December 30, 2011 – The parties filed a joint initial status report in which Plan B stated that it “wishes to file a motion to compel arbitration at the earliest available opportunity.” Sprunk stated that she intended to oppose the arbitration motion, but agreed that Plan B's “contemplated motion to compel arbitration is an issue that should be resolved before discovery on the merits, or discovery with respect to class certification issues, is commenced.”

February 15, 2012 – Sprunk filed an opposition to the petition in which she argued, among other things, that the “extremely broad” arbitration clause that Sprunk signed permitted arbitration of class claims. For that reason, Sprunk claimed that the court must decide “whether or not to order arbitration of all individual and class claims,” or alternatively should deny Plan B's motion on the ground that it sought to limit the arbitration only to individual claims. Sprunk also argued that, to the extent the arbitration agreement is “construed as a class action waiver,” Plan B could not compel arbitration because such a waiver would interfere with the right of employees to engage in collective action under federal law. In support of that argument Sprunk cited a January 3, 2012 decision by the National Labor Relations Board (Horton I).

September 6, 2012 – Plan B filed a notice withdrawing its motion for arbitration. Plan B filed an answer the same day. The answer included several affirmative defenses based upon the arbitration agreements. Plan B also filed a cross-complaint, which it amended on November 14, 2012.

December 19, 2012 –  Sprunk filed a demurrer and a motion to strike in response to the cross-complaint. Before those motions could be heard, Plan B dismissed the cross-complaint without prejudice. The parties proceeded with discovery. Sprunk served interrogatories and deposed four Plan B witnesses. Plan B served a document request on Sprunk and took her deposition.

February 20, 2013 – Plan B responded to Sprunk's interrogatories, again identifying the arbitration agreements as an affirmative defense.

September 19, 2014 – Sprunk filed her class certification motion. In opposing class certification, Plan B
argued that a class action was not superior to other forms of litigation because the class members had signed arbitration agreements. Citing several federal district court decisions, Plan B asserted that it “could not have previously moved for individual arbitration of the claims of the unnamed class members” because the putative class members were not parties to the action prior to the time the court certified the class. In her reply, Sprunk argued that Plan B had waived the right to arbitrate by actively
litigating the case.

April 24, 2015 – The trial court granted class certification in a written order. The court rejected Plan B's arbitration argument, finding that Plan B's delay in seeking arbitration—during which it took advantage of “the court's processes”—meant that Plan B had “waived its right to arbitrate at least as to Plaintiff's claims.”

Decision by Court of Appeal

The appeal centered around whether Plan B's actions as to Sprunk could determine whether Plan B had waived its right to compel arbitration against the unnamed plaintiffs. Plan B argued the Court should only consider its reasons in delaying compelling arbitration as to the unnamed plaintiffs themselves, claiming that it could not have moved to compel arbitration against these individuals until the class was certified, and therefore its delay in doing so was reasonable.

The Court of Appeal disagreed. The Court ruled it was proper for the trial court to consider Plan B's actions regarding delaying arbitration as to Sprunk in determining whether Plan B had acted inconsistently with its right to arbitrate against all class members. The Court of Appeal found that substantial evidence supported the trial court's finding that Plan B had delayed its motions to compel arbitration, both against Sprunk and against the other plaintiffs, not for any legitimate reason, but rather to obtain a strategic advantage: it hoped to give itself another opportunity to win the case by first defeating the class certification in court.

The Court of Appeal agreed that Plan B's strategy was inconsistent with a desire to arbitrate, finding that “an attempt to gain a strategic advantage through litigation in court before seeking to compel arbitration is a paradigm of conduct that is inconsistent with the right to arbitrate.” Ultimately, the Court of Appeal affirmed the trial court's ruling that Plan B had waived its right to compel arbitration against the absent class members due to unreasonable delay.

The decision in Sprunk v. Prisma LLC demonstrates how a defendant may lose its right to compel arbitration if it delays compelling arbitration to obtain a strategic advantage against the class. Defendants should remain cautious in delays such as those in this case, even when there is a legitimate reason, such as waiting for an expected clarification in the law related to the case at hand.

The experienced employment lawyers at Kingsley & Kingsley will continue to monitor this case among others concerning wage and hour laws and the proper classification of employees. In the meantime, if you have any questions about California's existing employment laws, don't hesitate to call us toll free at (888) 500-8469 or contact us via email.