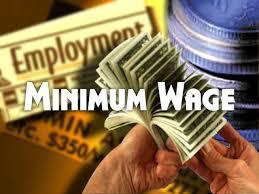 California Governor Jerry Brown signed a bill several weeks ago that revises the state labor law and provides additional protections to workers by allowing them more time to seek liquidated damages when pursuing claims against an employer for failure to pay minimum wage.

Also called “Recovery of Wages: Liquidated Damages”, AB 2074 was carried by Assemblyman Roger Hernandez of West Covina, and brings parity between the statute of limitations for minimum wage claims and the statute of limitations for liquidated damages on those claims. AB 2074 amends Section 1194.2 of the Labor Code relating to employment and in any action under Section 98, 1193.6, 1194 or 1197.1 seeking wage recovery for minimum wage violations, an employee may recover liquidated damages in an amount equal to the wages unlawfully unpaid, according to the bill.

“AB 2074 holds companies accountable for wage theft and simplifies the process for recovering illegally held wages,” Hernandez commented about his bill. “AB 2074 only targets businesses who fail to follow the law. It is crucial that we protect the rights of our lowest paid workers, prevent abuse and curb labor law violations in California.”

Under the bill, if the employer shows that it acted in good faith and that it had reasonable grounds for believing its conduct was not a violation of minimum wage requirements, the court or California Labor Commissioner has the discretion to refuse to award liquidated damages.

What AB 2074 means to Employers and Employees

Just as important, make sure your employees are properly classified as exempt or non-exempt from overtime laws. Otherwise, Assembly Bill 2074 may allow employees to bring claims for liquidated damages as late as 2017 for minimum wage violations occurring right now. To discuss this topic in further detail please feel free to contact leading California employment lawyers at Kingsley & Kingsley. Call toll-free at (888) 500-8469 or click here to contact us.