Are you receiving the wage and hour benefits you deserve? Should you speak with a wage and hour law lawyer? Whether you are employed in Los Angeles, San Francisco, Sacramento, or San Diego, as an employee you are entitled to certain rights, protections, and benefits under California law.

If you believe you are not being treated fairly by your California employer, you can benefit from a free consultation with an experienced wage and hour law attorney at Kingsley & Kingsley. We are dedicated to helping workers receive all of the wages and benefits to which they are entitled and deserve. Since 1981, the lawyers at Kingsley & Kingsley have been winning cases for their clients. We have extensive wage and hour law experience and we have served individuals and families in Los Angeles, San Diego, San Francisco, Sacramento, and throughout California.

Below is a brief summary of wage and hour law established to protect California workers from being treated unfairly by employers.

Most recent major change to minimum-wage law (2016, by legislation)

In addition to a minimum wage, both the state of California and the federal government mandate a maximum number of hours that may be worked in a week by an employee, and both systems mandate the payment of overtime for hours worked over that maximum number of hours. It is important to note that California law goes above and beyond federal law with respect to both minimum wage and maximum hour law. California also mandates certain rest periods and meal breaks that are not required by the federal government at this time. 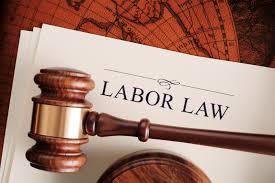 California law requires employers to permit nonexempt employees to take a meal break as close to the middle of the work shift as possible.  Also, as an employee you are entitled to 10 minutes of rest for each four-hour work period (or half shift), which is a 2-4 hour period.  Note that a rest period is counted as time worked, and the employer must pay the employee for that rest time. Since employees are paid for the rest periods, employers can require you to stay on the premises during the rest period.

The rest period begins when you reach the designated rest area adjacent to where you are working. Also note, your employer is required to provide suitable resting places that are separate from bathroom facilities.

If an employer fails to provide you with a rest period in accordance with California law, the employer has to pay you for one additional hour of work at your regular rate for each workday—not rest period—that you were denied.

Ensuring Workers are Paid their Wages
The wage theft crisis in this state is well-documented. A recent UCLA study reported that an estimated $26 million in wages per week are stolen from low-wage workers in Los Angeles County alone. Workers who experienced a pay-based violation in the previous work week lost an average of $2,070 annually due to workplace violations, out of total annual earnings of only $16,536. Of the Los Angeles workers surveyed:

Wage theft exacts a heavy socio-economic toll on workers, particularly low-wage workers and their communities. The proliferation of wage theft, particularly in the underground economy, underscores the fact that effective, strong enforcement of labor laws is needed now more than ever before, to give working people a chance in our economy.

Certain job responsibilities that your employer requires of you can entitle you to additional compensation.  For example, employees who are required to perform any tasks after clocking out or before clocking in are entitled to compensation.  This also includes changing into or out of a uniform, running errands, or picking up supplies for the employer. Also, employees who are required to report to work but are subsequently sent home are entitled to be paid for at least half a shift; up to four hours but not less than two hours.

No matter how you are paid, hourly, salary, or commission basis—or whether you are a factory worker, banking employee, salesperson, or housekeeper working in Sacramento, Los Angeles, San Francisco, or San Diego—a Kingsley & Kingsley employment attorney can help you collect unpaid wages, seek recourse for unfair treatment by your employer, and do our best to help you with your situation. For a limited time, take advantage of our free initial consultation.