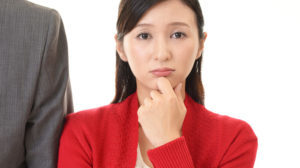 It is illegal to discriminate or harass a person in the workplace on the basis of gender or sex. These laws cover private businesses, government agencies, and labor organizations. Each incident of sexual harassment is different, however, there are two main categories into which most cases fall — “quid pro quo” cases and “hostile work environment” cases.

“Quid pro quo” harassment typically occurs when a supervisor makes a request for a sexual favor in return for giving an employee an employment-related benefit such as a raise, a promotion, or a positive performance review. It may involve a direct or implied threat of retaliation if the employee does not agree to the request. Quid pro quo harassment can consist of a single event or numerous sexual advances or demands.

Quid pro quo harassment is perpetrated by managers and supervisors. Because the harasser is a representative of the employer, the employer often is held vicariously liable for the supervisor's actions. It is not necessary to prove that you were economically harmed by the quid pro quo harassment. It is enough to prove that your supervisor harassed you; that an aspect of your job was conditioned on your response; and the sexual request was unwelcome by you.

Your employer has certain obligations to prevent sexual harassment under California law, some of which include the following:

Unlike a hostile environment claim, a single incident of an unwelcome sexual advance by a supervisor that is tied to receiving or maintaining job benefits may be sufficient to support a quid pro quo claim. The employer is strictly liable for a supervisor's quid pro quo sexual harassment.

How long do I have to file my sexual harassment claim?

For instance, if you were terminated from employment on May 1, 2013 and obtained a right to sue notice on August 15, 2013 you would then have one year (until August 15, 2014) to file your discrimination lawsuit in state court.

How an attorney can help you

An attorney can advise you on your alternatives including whether the conduct you experienced in the workplace amounts to sexual harassment. An attorney can also deal with your employer in any settlement negotiations arising from your harassment allegations. The qualified sexual harassment lawyers at Kingsley & Kingsley can assist you in answering the tough questions regarding your potential sexual harassment claim. Take the first step to protecting yourself and stopping this hurtful and illegal behavior.  Take advantage of a free initial consultation to discuss your specific case by calling the toll free number (888) 500-8469 or clicking here to contact us regarding your case.