What Are California's Overtime Laws? 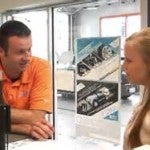 Under California and federal laws, overtime pay is not a privilege granted to workers. Rather, it is the right of employees to get paid for the work they have done. Employers are required under the law to pay overtime wages. California law is very clear when it comes who should receive overtime pay. However, there are employers who try to cut corners by misclassifying their employees in order to avoid paying overtime.

If you believe your employer has shortchanged your overtime wages, it is important that you contact an experienced Los Angeles wage and hour lawyer to obtain more information about what the law states and what your rights are under these circumstances.

Both federal and state laws require employers to pay overtime wages to most employees. Overtime wage laws are governed by two main sets of laws: the federal Fair Labor Standards Act (FLSA) and California Labor Code Section 510. When state and federal laws are in conflict or differ, the law that is most favorable to the employee will apply. California's overtime laws are typically more protective of employee rights compared to federal laws. In such disputes, the California law, which is generally most favorable to the employee, will apply.

If you have found yourself trying to understand if you have a case, a free consultation with a reputable Los Angeles Employment attorney is advisable.

Overtime pay in California is one and a half times the employee's regular rate of pay and is commonly known as "time and a half." An employee is entitled to receive "double time" or twice the regular rate of pay when he or she works more than 12 hours in a workday or in excess of eight hours on the seventh consecutive workday in the workweek.

Most employees who perform work in California are entitled to protection under California's overtime laws, including many salaried employees.

However, there are some categories of employees who are not entitled to overtime pay at an increased rate, including:

Under California law, exempt employees are paid a fixed salary instead of an hourly wage. This salary must be equal to at least two times the minimum wage in order to qualify as exempt from overtime and other wage laws. Additionally, the job duties of exempt employees must match those that are specified by law. These are duties typically associated with "white collar" jobs that allow employees to exercise substantial discretion or independent judgment without close supervision.

Receiving Comp Time Instead of Overtime

Your employer cannot require that you take paid time off or "comp time" instead of receiving overtime pay. However, you may request comp time if such time is provided in accordance with a written agreement between you and your employer, you have not accrued more than 240 hours of comp time, you made a written request asking for comp time in lieu of overtime compensation, and you are regularly scheduled to work no less than 40 hours in the workweek. Your comp time should be equal to the overtime rate.

Employers are required to pay employees for all hours worked. An employee who is told to work or permitted to work through a meal break must be paid for the meal break. Therefore, if an employee works more than eight hours a day or more than 40 hours a week after counting meal breaks during which he or she worked, the employee is entitled to receive pay at the overtime rate (time and a half).

If you were relieved of all duties and obligations during your meal break, that will not count as "hours worked" and is not compensable. Similarly, rest periods could also be included in the calculation of overtime wages.

There have been a number of meal break. Employees who have not been fairly compensated may have a claim for compensation.

If You Have Not Been Paid Overtime

If your employer did not pay overtime wages due or if you have been underpaid, you could resolve the dispute informally with the employer, file a lawsuit in court, or bring a claim for unpaid wages and penalties with a government agency. Employees also have the right to retain the services of a wage and hour attorney who can help them determine the best course of action.