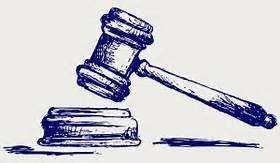 While the proposals above didn't make it out of legislative committees, changes in PAGA law are inevitable. As seen by the introduction of these bills, there remains numerous benefits as a result of PAGA's original passing and our firm continues to prosecute these claims as the best way to create change in corporate America. To further discuss PAGA claims, or a potential claim on your behalf, feel free to contact leading California employment lawyers at Kingsley and Kingsley Lawyers. Call at (818) 990-8300 or contact us via email.