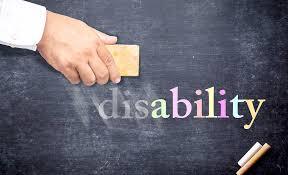 A couple of cases exemplify appellate courts opinions regarding disability discrimination and medical leave for private and public employees.
• Bareno v. San Diego Community College District – The California Court of Appeal issued a decision in favor of an employee of San Diego Miramar College who was released for “job abandonment” while out on medical leave. The court reversed the trial court's judgment in favor of the College, holding a reasonable fact-finder could conclude the College retaliated against the employee for taking medical leave protected under the California Family Rights Act (“CFRA”). The result of this case issued a reminder for employers to check whether an employee is off work for a medical reason before terminating on the basis of job abandonment.

• Featherstone v. Southern California Permanente Medical Group – This case determined that an employer has no obligation to provide reasonable accommodations if it has no knowledge of an employee's disability. Plaintiff Ruth Featherstone was the employee who resigned, yet later withdrew her resignation, alleging her severe sinusitis, surgery and medication to treat the illness made her act erratically. The California Court of Appeal for the Second District held that refusing to allow an employee to rescind her voluntary resignation does not constitute an adverse employment action.

The preceding cases highlight the intricacies California employers must face when dealing with employee disabilities, as well as potential discrimination and sexual harassment. Should you have questions about ADA, disability discrimination, or sexual harassment don't hesitate to contact leading California employment lawyers at Kingsley & Kingsley. Call and speak to an experienced California lawyer toll-free at (888) 500-8469 or contact us via email.