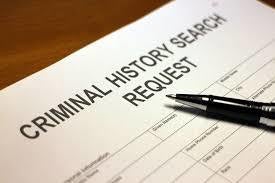 There are numerous bodies of law employers should understand when it comes to screening employee candidates. These related laws cover topics such as background checks, the federal Fair Credit Reporting Act (FCRA), “ban the box” on applications, and the ability to run credit checks.

On October 14, 2017, Governor Jerry Brown signed AB 1008 into law, enacting a broad “Ban the Box” law that took effect on January 1, 2018. The new law prohibits most California public and private employers from asking an applicant about criminal conviction history until after a conditional offer of employment has been made. Specifically, AB 1008 amended the California Fair Employment and Housing Act (FEHA), which covers all California employers with five or more employees (with some positions exempted). As a result of the Ban the Box law, the following conduct is now prohibited before an employer makes a conditional offer of employment:

The federal Fair Credit Reporting Act (FCRA) sets the national standard for employment background checks. (15 U.S.C. §§1681 et seq.) Even in states like California that have laws governing background checks, employers have to follow the FCRA. State laws may give more rights to workers, but they cannot take away from the basic rights of the FCRA.

The federal FCRA applies only when an employment background check is prepared by an outsides creening company. When a third party compiles a report, the FCRA requires (1) that you are notified that an investigation may be performed, (2) that you are given the opportunity to consent, and (3) that you are notified if information in the report is used to make an “adverse” decision about you.

But under the FCRA, if the employer does not hire a third party to conduct the investigation, but compiles the report itself, the provisions of the FCRA do not apply. However, California law does require some notice and access if the employer conducts its own report.

When an outside company prepares the report, the FCRA requires the employer to:

California law is broader in scope than the federal FCRA. It covers third-party employment screeners, as does the FCRA. but it also covers employers who conduct background checks themselves, something that the FCRA omits. Two of the most obvious differences between the federal FCRA and California's related law are the meaning of some terms and the notice that starts the employment checking process.

In California, an employment background check is called an “investigative consumer report”, or ICR. Candidate rights and an employer's obligations are included in the Investigative Consumer Reporting Agencies Act (ICRAA). (CA Civil Code §1786)

Under the federal FCRA, an “investigative consumer report” is limited to personal interviews with your friends, neighbors or business associates. In California, an ICR covers your “character, general reputation, personal characteristics, or mode of living” obtained through “any means.” Under California law, a company that collects information for employers and compiles reports is called an Investigative Consumer Reporting Agency (ICRA).

The term ICR does not include credit reports. If an employer in California wants to see your credit report as part of an employment background check, that report is also governed by the Consumer Credit Reporting Agencies Act (CCRAA). (CA Civil Code §1785)

An employer in California can only request your credit report for certain positions. If the position falls into one of the categories that allow a credit check, the employer must give notice that a credit check will be obtained, along with an explanation of why the check is allowed.

In addition to ban the box laws and FCRA, bans on credit checks are increasing across the country. Credit check laws typically provide that employers are prohibited from conducting credit checks, looking at a person's credit account debts, bankruptcy history, etc. for employment purposes, unless some sort of specific exception applies. Exceptions are usually found for prospective employees in the financial industry or for employees who will have signatory authority over large large sums of money for their employer or clients. In California, for example, most managerial positions can be subject to a credit check as part of the employee screening process.

All California employers should review recruitment policies, procedures and forms to ensure they adhere to both federal and state laws highlighted above. Should you have questions about Ban the Box laws, FCRA, credit checks, or any of California's labor laws, don't hesitate to to contact leading employment lawyers at Kingsley & Kingsley. Feel free to call us toll-free at (888) 500-8469 or click here to contact us via email.