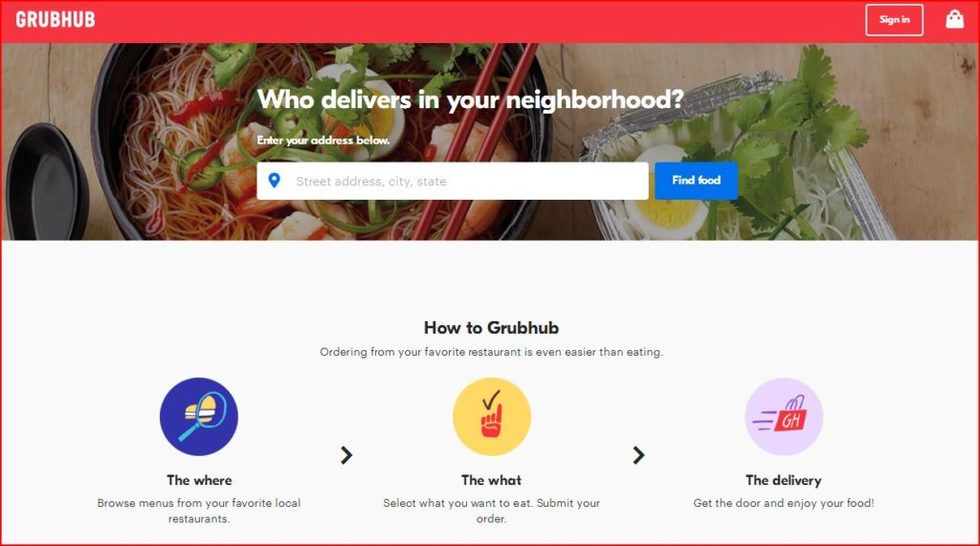 In a significant court decision on the status of gig-economy workers, U.S. Magistrate Judge Jacqueline Scott Corley concluded on February 8, 2018, that drivers for Grubhub Inc. are independent contractors and not employees under California law. The ruling may have implications for other sharing economy companies, including Uber and Lyft, whose business models are built on pairing customers with products and services through apps while avoiding the personnel costs of traditional employment.

Lawson v. Grubhub Inc.
The case against Grubhub was brought by Raef Lawson, who worked as a food-delivery driver for less than six months while pursuing a career as an actor and writer. In 2015, Lawson sued Grubhub claiming the company violated California labor laws by not reimbursing his expenses, paying him less than minimum wage and failing to pay overtime. Lawson claimed he should have been classified as an employee, not a contractor.

The case was originally filed as a proposed class-action lawsuit, but the judge never granted that status, so it was only limited to him and his claimed $600 in damages–consisting of back wages, overtime, and expense reimbursement. Both sides had agreed that Judge Corley, rather than a jury, would decide the case in her San Francisco federal courtroom. Closing arguments were heard in late October 2017.

Borello Test
A key element of the case centered around the Borello test, which is used to determine whether a worker is a 1099 contractor or a W-2 employee. The Borello test considers workplace circumstances like whether the work performed is part of the company's regular business, the skills required to do the job, payment methods, and whether the work is done under the supervision of a manager.

Elements of the case in Lawson's Favor

"Grubhub did control some aspects of Mr. Lawson's work, "Judge Corley commented. “Grubhub determined the rates Mr. Lawson would be paid and the fee customers would pay for delivery services. While the Agreement states that a driver may negotiate his own rate, this right is hypothetical rather than real. The Court finds that Mr. Lawson could not negotiate his pay in any meaningful way and therefore this fact weighs in favor of an employment relationship.”

Elements of the case in Grubhub's Favor
In Judge Corley's estimation, in addition to working for other gig economy companies while simultaneously working for Grubhub, Lawson was fundamentally “not credible.” By his own admission, Lawson “gamed the app” by scheduling himself for a work shift (a “block” in company parlance) but received few, if any, actual delivery orders by putting his phone in airplane mode, among other tactics.

“Mr. Lawson's claimed ignorance of his dishonest conduct is not credible,” Judge Corley wrote. “Mr. Lawson would remember if after he filed this lawsuit against Grubhub he cheated Grubhub. If he had not moved his smart phone to airplane mode, intentionally toggled available late, or deliberately engaged in other conduct to get paid for doing nothing he would have denied doing so at trial. But he did not.”

Other aspects that were not in Lawson's favor of being treated as an employee included 1) he could set his own schedule, 2) largely wear whatever clothes he wanted, and 3) he could choose his own route.

The Decision
Under California law, whether an individual performing services for another is an employee or an independent contractor is an all-or-nothing proposition,” Judge Corley concluded.

“If Mr. Lawson is an employee, he has rights to minimum wage, overtime, expense reimbursement, and workers compensation benefits. If he is not, he gets none. With the advent of the gig economy and the creation of a low-wage workforce performing low skill but highly flexible episodic jobs, the legislature may want to address this stark dichotomy. In the meantime the Court must answer the question one way or the other. Based on what the Court observed at trial and the facts found, and after applying the Borello test, the Court finds that during the four months Mr. Lawson performed delivery services for Grubhub he was an independent contractor.”

Reaction
Shannon Liss-Riordan, Lawson's lawyer, said she plans to appeal the ruling. “Among other issues, the California Supreme Court is considering adopting a more protective test for employee status, so I was surprised the decision was issued before the Supreme Court has issued that decision…we should have prevailed even under the Borello standard,” Liss-Riordan said.

Matt Maloney, chief executive officer of Grubhub, said the company is pleased with the ruling, “which validates the freedom our delivery partners enjoy from deciding when, where and how frequently to perform deliveries…We will continue to ensure that delivery partners can take advantage of the flexibility that they value from working with Grubhub,” Maloney said.

Conclusion
People who work as 1099 contractors can set their own schedules, and decide when, where and how much they want to work. Employers utilizing 1099 contractors avoid paying taxes, overtime pay, benefits and workers' compensation. However, some companies have recognized that some people don't want to be independent contractors, and prefer the benefits that come with employee status.

Employers are advised to review independent contractor relationships and evaluate agreements with third parties, and contact an employment lawyer with questions. To discuss these laws, or a potential claim on your behalf, feel free to call us toll-free at (888) 500-8469 or click here to contact us via email.