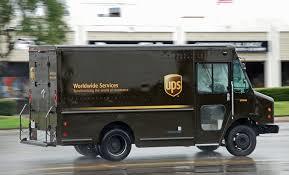 On August 8, 2017, the U.S. Equal Employment Opportunity Commission (EEOC) issued a press release announcing the settlement of a lawsuit against United Parcel Service, Inc. (UPS). The suit alleged disability discrimination claims under the Americans with Disabilities Act (ADA) and was settled for $2 million dollars. The EEOC alleged that UPS maintained an “inflexible leave policy” by which disabled employees were automatically discharged if they were unable to return to work after exhausting the maximum 12 months of leave provided by the policy. Thus, according to the EEOC, this UPS policy essentially shut down the interactive process required by the ADA to determine whether additional reasonable accommodations were available to such persons.

The EEOC suit against UPS started when the company discharged employee Trudi Momsen, after she requested leave beyond the maximum 12-month limit. Initially, Ms. Momsen took a 12-month leave of absence from work due to a diagnosis of multiple sclerosis. She then returned to work at the conclusion of that 12-month leave, but shortly after requested an additional two weeks of leave for medical reasons. Eventually, UPS terminated her for exceeding the 12-month leave policy.

The EEOC's investigation concluded that UPS' 12-month leave policy and its application to employees such as Ms. Momsen violated the reasonable accommodation and other provisions of the ADA. The EEOC filed suit in U.S. District Court for the Northern District of Illinois (Case No. 09-cv-5291) after first attempting to reach a pre-litigation settlement through its conciliation process. The suit involved a class of 88 current and former UPS employees whom the EEOC alleged were victims of UPS' employment practices.

In addition to $2 million dollars in monetary relief for the alleged victims of discrimination, UPS has also agreed to 1) update its policies on reasonable accommodation, 2) improve its implementation of those policies, and 3) conduct training for those who administer the company's disability accommodation processes. UPS has also agreed to provide the EEOC periodic reports on the status of every accommodation request for the next three years to ensure the efficacy of its procedures.

“UPS has now made changes which will allow more people to keep their jobs,” said EEOC Chicago district director Julianne Bowman in a written statement.

The company said the settlement recognizes that it “has a robust ADA accommodation in place, along with one of the more generous and flexible leave policies in Corporate America.”UPS said it also has an ADA accommodation process to assist employees in returning to work.

It is common for leave policies to include a cap on the amount of leave that an employee is allowed to take in a given time period, such as a calendar year. California employers should be careful in implementing such policies and ensure proper application to employees who are unable to return to work due to medical reasons. As with many employment policies, flexibility in its application may mitigate risk of liability under the ADA and California state law. Don't hesitate to contact Kingsley & Kingsley to speak with one of our experienced labor lawyers if you have questions about leave policies or any of California's existing employment laws.