In the case of Vaquero v. Stoneledge Furniture, LLC, a California appellate court ruled on February, 28, 2017 that employees paid on a commission basis must be separately compensated for legally required rest periods. 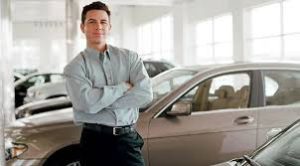 According to court records, the plaintiffs worked as sales associates for Stoneledge Furniture, LLC, a retail furniture company doing business in California as Ashley Furniture HomeStores.  Stoneledge paid sales associates on a commission basis and per their “compensation agreement”, if a sales associate failed to earn “minimum pay” of at least $12.01 per hour in commissions in any pay period, Stoneledge paid the associate a “draw” against “future advanced commissions.”  The commission agreement required that “the amount of the draw will be deducted from future advanced commissions, but an employee will always receive at least $12.01 per hour for every hour worked.”

The plaintiffs, Ricardo Bermudez Vaquero and Robert Schaefer, filed a class action complaint alleging that Stoneledge's commission pay plan did not comply with California law. The plaintiffs challenged this method of pay, but the trial court rejected their claim and ruled the commission agreement adequately compensated them for all hours worked, including rest periods.

The appellate court was to determine if 1) employees paid on a commission basis are entitled to separate compensation for rest periods as required by California law, and if so, 2) did Stoneledge's draw-based compensation system pay for rest breaks?

In California, wage regulations per the Industrial Welfare Commission (IWC) require employers to provide non-exempt employees working at least 3.5 hours in a workday with a paid 10-minute duty-free rest period for each four hours of work or major fraction thereof. Historically, commissioned employees were “paid” for their rest period time because it counted as hours worked “for which there shall be no deduction from wages.” For employees paid by piece rate, California courts have interpreted this to mean that piece-rate employees must be paid separately for non-productive time, including rest periods. Based on several court decisions (e.g. Bluford v. Safeway Stores, Inc. and Gonzalez v. Downtown LA Motors), the courts signaled that separate hourly pay may be required for rest period pay for piece-rate employees. Further, effective January 1, 2016, the California Labor Code section 226.2 established a special rate of pay to be provided to piece-rate employees on rest and recovery periods: the greater of the applicable minimum wage or the average productive rate which excludes time and pay for rest and recovery periods. These amounts were paid in addition to compensation for “other non-productive time” at no less than the applicable minimum wage.

In Vaquero, the commission agreement did not compensate the salespersons separately for any “non-selling time, such as time spent in meetings, on certain types of training, and during rest periods.” The time employees spent taking rest periods was recorded and accounted for, but the source of all earnings of the salespersons was limited to the draws and commissions provided for in the agreement. In determining whether an employee received at least $12.01 per hour, the employer averaged all hours worked, including time spent on rest breaks, to calculate the amount to be paid for commissions, or draws against those commissions.

The California Court of Appeals held that employees paid on commission are entitled to separate compensation for rest periods mandated by state law. The court also held that employers who keep track of hours worked, including rest periods, violate this requirement by paying employees a guaranteed minimum hourly rate as an advance on commissions earned in later pay periods.

In this case, because Stoneledge did not separately compensate sales associates for rest periods as required by California law, the trial court erred in granting summary adjudication on plaintiffs' cause of action for violation of Labor Code section 226.7. Furthermore, the trial court's ruling that plaintiffs' other causes of action failed because the section 226.7 claim failed was also erroneous. Therefore, the court reversed the judgment and remanded. On remand, the trial court must consider the remainder of Stoneledge's motion.

Rather, the court found that the time spent on rest periods was, in effect, deducted unlawfully because it was unpaid time regardless of how much money was earned for commissions. Such unproductive time, in other words, had to be compensated separately and could not be included or averaged with commissions paid for productive time to satisfy the applicable minimum wage requirements. In reaching this conclusion, the court rejected the employer's argument that commission-paid employees were not similarly situated with piece-rate employees. “Nothing about commission compensation plans,” the court said, “justifies treating commissioned employees differently from other employees.”

California employers must comply with strict and ever-changing employment laws. Should you have questions about California's labor laws, especially piece-rate or commission-based pay, don't hesitate to contact Kingsley & Kingsley to speak with one of our experienced labor lawyers. Taking action now to audit current commission pay agreements and related practices could help you avoid expensive litigation and potential liability.