In Angeles v. US Airways, Inc., a California federal court concludes that the class issues did not predominate, and it decertified the class under Rule 23(b)(3). 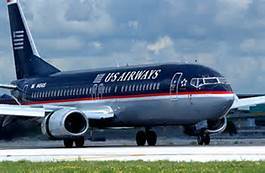 2012 – Joseph Timbang Angeles and Noe Lastimosa (Plaintiffs) brought a putative class action suit against US Airways, Inc. (Defendant) in the Superior Court of the State of California, County of San Francisco. Plaintiffs alleged wage and hour violations in connection with their previous employment with Defendant as Fleet Service Agents (FSAs). Plaintiffs brought a total of eight claims against Defendant, alleging that Defendant failed to provide proper compensation for all hours worked, failed to provide meal periods and rest breaks, failed to provide accurate wage statements, and failed to reimburse Plaintiffs for work related expenses. Plaintiffs also requested penalties based on these alleged wage and hour violations, claiming they constitute unlawful business practices.

US Airways, Inc. argued that it is exempt from California wage and hour laws due to its collective bargaining agreement (CBA) with Plaintiffs, that Plaintiffs' claims are preempted by the Railway Labor Act (RLA), the Airline Deregulation Act (ADA), or both, and that Plaintiffs' inaccurate wage statements and unlawful business practices claims are dependent on deficient claims.

2013 – U.S. District Judge Charles R. Breyer denied the airline's motion to dismiss, saying the workers' collective bargaining agreement didn't meet the terms of the CBA exemption to overtime requirements. US Airways has contended that California state wage laws exempt its “shift-trade” policy from overtime obligations of the U.S. federal labor code. Defendant also claimed that it had a lawful “grace period” policy in which agents who clock in a certain number of minutes before their scheduled start time, or clock out a certain number of minutes after their scheduled end time, aren't performing work.

Further, the fleet crews are part of the International Association of Machinists and Aerospace Workers union, which negotiate their contracts with US Airways under provisions of the Railway Labor Act. Those contracts describe how overtime, meal periods, rest breaks, “pick up” shifts and shift swaps and related items will be provided, according to court documents.

2014 – In moving the court to reconsider the prior denial of summary judgment, US Airways said there were three bases for justifying an overtime exemption: the California Court of Appeals' 2014 decision in Vranish v. Exxon Mobil Corp., which upheld union exemptions by finding that a union contract's definition of “overtime” trumps those of California's labor law; the RLA exemption; and a voluntary modification exemption in a California Industrial Welfare Commission wage order that applies when workers trade shifts.

The court, noting that it was a close call, certified a class, and discovery continued. The court also rejected the airline's arguments under the California wage order that excluded employees governed by the RLA, 45 U.S.C. § § 151 et seq., from coverage (the RLA also covers airlines per 45 U.S.C. § 181).

On February 13, 2017, U.S. District Judge Charles R. Breyer admitted that he made an error denying US Airways summary judgment on the overtime claim, saying Fair Labor Standards Act overtime requirements do not apply to US Airways due to the RLA exemption, which concerns railway and airline employees. The court noted that while the employer was asserting a “recycled argument,” it was one that had been correct all along. California Wage Order No. 9 simply excludes employees covered by RLA contracts from its overtime provisions, and the case should have ended there. “In all candor, US Airways' motion for judgment on the pleadings should have been granted,”  the judge wrote. “Although the court is generally loathe to go back on a prior order, the law of the case doctrine does not preclude it from correcting an erroneous ruling if justice so requires.” The court therefore granted summary judgment on the remaining individual claims.

Judge Breyer also issued a separate order modifying his earlier certification grant by decertifying two subclasses that consist of fleet service workers who, while on the clock, engaged in either pre-shift work or post-shift work and were allegedly not compensated. Finding a lack of commonality among these groups, the judge said there was “no evidence that US Airways had a common policy requiring FSAs to report to work early or perform work before and after their shifts,” but rather “employees by and large made personal choices about how early to show up before their shifts and how late to leave afterwards.”

The court noted that discovery revealed that the company's procedures required payment for time worked, something that was not surprising given that these were bargaining unit employees covered by a collective bargaining agreement. Significantly, it found that each airline location or station in California had its own procedures for tracking and ultimately paying for time worked during the grace period and that managers freely approved any such request for time. Finally, discovery revealed that work before a shift was rare and that many employees spent grace time socializing, coming in early to beat traffic, watching TV or, in one case, having a cookout on the tarmac. The court concluded that the class issues did not predominate, and it decertified the class under Rule 23(b)(3).

If you feel you have been a victim of wage and hour violations, or have questions about any of California's employment related laws, feel free to contact leading California employment lawyers at Kingsley & Kingsley. Call toll-free at (888) 500-8469 or contact us via email.