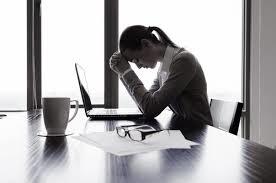 Earlier this month, Oracle was sued by a former senior finance manager who claims she was terminated in retaliation for complaining about improper accounting practices in its cloud services business. In a complaint filed with the U.S. District Court in San Francisco, the plaintiff Svetlana Blackburn accuses upper management of trying to push her to “fit square data into round holes” to make Oracle Cloud-Based Services' results look better.

Blackburn said her bosses instructed her to add millions of dollars of accruals for expected business “with no concrete or foreseeable billing to support the numbers,” and that Oracle executives above her added accruals on their own. Blackburn said Oracle terminated her employment last Oct. 15, just one month after the alleged wrongdoing began, and two months after she received a positive performance review.

Oracle, she said, had come to view her as “more of a roadblock than a team player who would blindly generate financial reports using improper bases in order to justify the bottom lines that her superiors demanded to see.”

Blackburn's lawsuit accuses Oracle of violating the anti-retaliation provisions of the federal Sarbanes-Oxley corporate governance and Dodd-Frank financial reform laws. It seeks punitive damages, double back pay, and other remedies.

Major software and computer services companies are transforming their businesses by leasing computing services and software to their customers.  These services are purchased on a subscription basis and remove the customer's requirement to own and operate their own hardware and software.

However, questions exist around the proper way to account for sales of cloud-based services. Pat Walravens, an analyst at JMP Securities suggests, “accounting for cloud software can get very complex and requires judgment calls and estimates which a third party might disagree with upon further review.”

Accountants and analysts say that classifying software sales as cloud or traditional remains something of an art. “There's some subjectivity in ‘is it cloud, is it traditional software?,” said Steve Biskie, an auditor and co-founder of compliance consultancy High Water Advisors. Like others, he said the most nebulous part of cloud accounting concerns situations where the customer buys a product that can be used partly in the cloud, and partly on its own hardware.

A spokeswoman for Redwood City, Calif.-based Oracle, Deborah Hellinger, said: “We don't agree with the allegations and intend to vigorously defend the matter.” “We are confident that all our cloud accounting is proper and correct,” Hellinger said, adding that Blackburn worked at Oracle for less than a year and was terminated for poor performance.

If you have questions about retaliation or wrongful termination, don't hesitate to contact leading California employment lawyers from Kingsley & Kingsley for a free initial consultation. To discuss your situation call us toll-free at (888) 500-8469 or click here to contact us regarding your case.