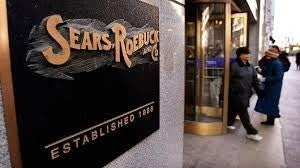 In California labor lawsuit, U.S. District Judge Cormac J. Carney approves settlement that was previously rejected just one month earlier.  The result–more than 3,000 class members are to receive an estimated sum of $1.6 million.

Lead plaintiff Nikola Lovig worked for Sears Roebuck & Co.'s (Sears) for one year before filing his California labor lawsuit in April 2011. Lovig was one of the company's in-home service technicians who traveled between the homes of customers to repair various Sears appliances and products.

Lovig's lawsuit was filed in US District Court for the Central District of California and accused Sears of 1) failing to pay minimum wage and overtime, 2) withholding payment for paid vacation days after employees quit, 3) failing to provide adequate meal and rest breaks, 4) failing to reimburse employees for expenses, and 5) issuing incomplete wage statements. The alleged actions are violations of the California Labor Code and the California Business & Professions Code.

Judge Carney initially rejected the settlement due to concerns the original release terms were overly broad,. However, less than a month after rejecting the initial settlement, Carney granted preliminary approval to an amended settlement, noting that in his view the settlement was fair. The court's order stated, “Having reviewed the negotiation process and substantive terms of the settlement agreement, the court finds no obvious deficiencies or grounds to doubt its fairness.”

According to the terms of the amended settlement, mobile services technicians working for Sears from April 8, 2007 forward are to receive about $1.1 million. This amount is based upon a typical class member's weeks of employment within the above mentioned time-frame. As lead plaintiff, Lovig may receive as much as $10,000 as an incentive award in the California labor employment law settlement. The amended settlement, approved by Judge Carney, is worth a total of $1.6 million.

Further details of the case can be found by searching for Lovig v. Sears Roebuck & Co., Case No. 5:11-cv-00756, in the US District Court for the Central District of California.

To further discuss this case, and/or the latest in employment law, or a potential claim on your behalf, feel free to contact leading California employment lawyers at Kingsley & Kingsley. Call toll-free at (888) 500-8469 or click here to contact us via email.