Remaining “On Call” During Rest Breaks Does Not Constitute “Work” 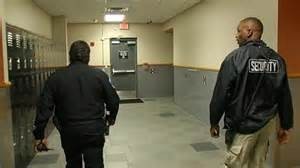 Plaintiffs Jennifer Augustus, Emmanuel Davis, and Delores Hall, formerly security guards employed by defendant ABM Security Services, Inc. (ABM), allege on behalf of themselves and a class of similarly situated individuals that ABM failed to provide rest periods required by California law. Specifically, the plaintiffs cited ABM's failure to relieve security guards of all duties during rest breaks, instead requiring its guards to remain on call during breaks.

Although the text of the wage order does not describe the nature of the rest period, the court looked to Section 226.7 of the Labor Code, which states: “An employer shall not require an employee to work during a meal or rest or recovery period.”

Section 226.7 “uses ‘work' as an infinitive verb contraposed with ‘rest.' It is evident, therefore, that ‘work' in that section means exertion on an employer's behalf. Not all employees at work actually perform work,” the court said. “Remaining on call is an example. On-call status is a state of being, not an action. But section 226.7 prohibits only the action, not the status. In other words, it prohibits only working during a rest break, not remaining available to work.”

The court's decision was initially made on December 31, 2014, however, the court made its decision public in February along with a few revisions to its holding. The panel did not change its judgment—reversing summary judgment for the class but upholding class certification—and denied the plaintiffs' motion for rehearing. The full opinion of the Court can be found in Augustus v. ABM Security Services, Inc.

To further discuss the latest in employment law, or a potential claim on your behalf, feel free to contact leading California employment lawyers at Kingsley & Kingsley; we are located in Encino, California (Los Angeles Co.). Call toll-free at (888) 500-8469 or click here to contact us via email.