Do’s and Don’ts of “On Call” Scheduling

If you are an employee who is expected to call or text to learn on short notice whether you are needed for work (“On Call” Scheduling), the following information applies to you and your employment rights. What most employees think of as “on call” scheduling is also referred to as “predictive scheduling” or “restrictive scheduling” depending on perspective. 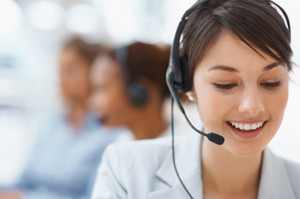 Activists who feel that “on call” scheduling practices unreasonably interfere with the lives of workers (who plan to work and then find out at the last minute that they are not needed) refer to their cause as “predictive scheduling“.  These activists are pushing legislation at the federal, state, and local levels to restrict the ability of retailers and hospitality employers to use “on call” scheduling.

Opponents such as retail and hospitality industry groups argue that additional measures would add unnecessary burdens on their businesses, and refer to this movement as “restrictive scheduling“.  Opponents also argue that additional rules would remove their ability to be flexible in running their businesses, increase costs by requiring them to pay employees for cancelled shifts, and unreasonably interfere in the their relationship with their employees—many of whom went into retail for the scheduling flexibility.

In July 2014, Democrats in the House introduced the Schedules That Work Act (H.R. 5159) while a similar version of the bill was introduced in the Senate. Then, just four months later, San Francisco's Board of Supervisors approved two ordinances referred to as the Retail Workers Bill of Rights. The San Francisco ordinance requires that employers 1) pay employees for cancelled on call shifts, 2) provide notice to employees of their biweekly schedules, 3) give new workers good faith written estimates of their expected hours and schedules, and 4) uphold the requirement that employers offer extra hours to current part-time employees before hiring new employees or using staffing agency employees.

Predictive scheduling activists are pushing to replicate the San Francisco model in other states and cities and according to the National Retail Federation (NRF), predictive scheduling initiatives are underway in 12 states (including California) and a number of localities around the country.

Earlier this year, New York State Attorney General Eric T. Schneiderman launched an inquiry into the on call scheduling practices of several large, national retailers in New York. Schneiderman expressed public concerns about the impact of such practices on workers and raised questions about the possible illegality of such practices under existing New York law requiring “reporting pay” for employees who report to work but are not required to perform any work due to things like the closure of the business because of inclement weather.

California is similar to other states, in that the state has reporting pay laws on the books and the pay that is required in those states mirrors that of other states:

Numerous class action filings in California claim that on-call scheduling violates state law. Plaintiff's attorneys assert claims for 1) failure to pay reporting time pay, 2) failure to pay all wages earned at termination, 3) failure to provide accurate wage statements, and 4) unfair business practices. The plaintiffs in these lawsuits are asking for the payment of unpaid wages as well as compensatory and economic damages and attorneys' fees and costs, among other claims for relief.

Questions about “On Call” Scheduling?