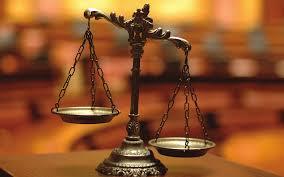 On September 28, 2105, in Sakkab, et al v. Luxottica Retail North America, Inc., the Ninth Circuit ruled that an employee cannot waive the right to bring a representative action under the Private Attorneys General Act (“PAGA”) through an arbitration agreement or any other means. Through it's ruling, the Ninth Circuit found the California Supreme Court's “Iskanian Rule”—which essentially says that pre-dispute agreements to waive PAGA claims are unenforceable under California law—was not preempted by the Federal Arbitration Act (“FAA”).

You and the Company each agree that, no matter in what capacity, neither you nor the Company will (1) file (or join, participate or intervene in) against the other party any lawsuit or court case that related in any way to your employment with the Company or (2) file (or join, participate or intervene in) a class-based lawsuit, court case or arbitration (including any collective or representative arbitration claim).

The plaintiff brought a putative class action in state court against Luxottica for 1) unlawful business practices, 2) failure to pay overtime compensation, 3) failure to provide accurate itemized wage statements; and 4) failure to pay wages when due. After the case was removed to the federal district court, the plaintiff later filed an amended complaint, adding a representative claim for penalties under California's Private Attorney General Act (“PAGA”). Under PAGA, employees may sue their employer for certain workplace violations on behalf of themselves, as well as other current or former employees, in representative suits similar to class actions.

The district court acknowledged a split in California authority, but ultimately ruled that the Federal Arbitration Act (“FAA”) preempted any California rule that barred waiver of PAGA claims in arbitration agreements. Accordingly, the court granted Luxottica's motion to compel arbitration.

Following the district court's ruling, but before the appeal, the California Supreme Court announced its decision in Iskanian v. CLS Transportation Los Angeles, LLC, 59 Cal. 4th 348 (2014) (“Iskanian”), which held that employees could not waive their right to bring representative claims under PAGA.

The FAA generally preempts any law that creates a special rule disfavoring arbitration or conflicts with the FAA's objectives. The Luxottica Court found that the Iskanian Rule was simply a ground for the revocation of any contract. “The rule bars any waiver of PAGA claims, regardless of whether the waiver appears in an arbitration agreement or a non-arbitration agreement.” The Court also held that it did not conflict with the FAA's  purposes and thus was not preempted.

It is still unknown what the Ninth Circuit's blessing of the Iskanian Rule will ultimately mean for California employers. The decision appears contrary to the United States Supreme Court holding in AT&T Mobility LLC v. Concepcion. There, the High Court held that the FAA preempted a California rule banning class action waivers in arbitration agreements because a rule “[r]equiring the availability of classwide arbitration interferes with fundamental attributes of arbitration,” namely its informality, and “creat[ed] a scheme inconsistent with the FAA.” Because the rule stood as an  obstacle to the accomplishment and execution of the full purposes and objectives of Congress, it was preempted.

The Luxottica court attempted to distinguish PAGA actions by noting that unlike class actions, PAGA actions are not relegated to any particular procedure for resolution by due process. Since parties may agree to more informal measures of resolution for PAGA claims, it is possible to structure an arbitration agreement to align with the aims of the FAA.

A dissenting opinion points out, this “reasoning overlooks the simple fact that, by preventing parties from limiting arbitration only to individual claims arising between two contracting parties, the Iskanian rule interferes with the parties' freedom to craft arbitration in a way that preserves the informal procedures and simplicity of arbitration.”

Further, the dissent highlights that while PAGA actions do not require the procedural formality of a class action, there will still need to be some mechanism to determine the number of other employees affected by the labor code violations, the number of pay periods that each of the affected employees worked, etc.

The decision in Sakkab is significant because it acts as confirmation that the decision in Iskanian is binding law. Until now, federal district courts were not bound by Iskanian, and several district courts even refused to apply Iskanian, instead requiring employees to arbitrate their PAGA claims on an individual basis. The Ninth Circuit decision in Sakkab, however, leaves courts little discretion in refusing to follow Iskanian. Therefore, it is incumbent upon California employers to ensure their arbitration agreements are compliant with Iskanian, Sakkab, and the cases that will undoubtedly follow.

To further discuss this PAGA related case, and/or the latest in employment law, or a potential claim on your behalf, feel free to contact leading California employment lawyers at Kingsley & Kingsley. Call toll-free at (888) 500-8469 or click here to contact us via email.