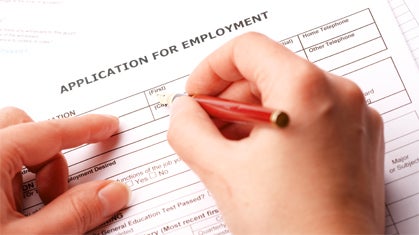 DFEH sues on behalf of transgender employee – the first case of its kind, transgender discrimination

While the ruling is likely to be appealed, the California Department of Fair Employment and Housing (DFEH) has received an affirmative ruling from a trial court for the first state lawsuit alleging transgender discrimination based on employer restroom and locker room restrictions.

The DFEH sued on behalf of Nick Lozano, an applicant seeking a job with American Pacific Corporation (AMPAC). Lozano was born a female, but he self-identifies as a transgender man and presented as such when he successfully applied for a job with the company. While undergoing a background check, Lozano informed the AMPAC human resources department that he was transitioning from female to male yet did not present any legal or medical document to reflect his gender identity.

The DFEH filed the lawsuit alleging discrimination based on sex, gender, gender identity, and gender expression under the California Fair Employment and Housing Act (FEHA). AMPAC moved to dismiss the claims, arguing that the FEHA does not prohibit employers from requiring restroom and changing room access on the basis of the employees' biological gender. The DFEH responded that AMPAC's practice violated the following FEHA language: “It is an unlawful employment practice … [f]or an employer, because of the … sex, gender, gender identity, gender expression … of any person, to refuse to hire or employ the person or … to discriminate against the person in compensation or in terms, conditions, or privileges of employment.”

Decision by the Superior Court

Agreeing with the DFEH, the Sacramento Superior Court noted that the FEHA makes it unlawful to discriminate against an employee because of his or her sex, gender, gender identity, or gender expression, among other protected characteristics. “Gender identity” is defined as a person's deeply felt internal sense of being male or female, while “gender expression” refers to one's behavior, mannerisms, appearance, and other characteristics that are perceived to be masculine or feminine.

The Court found that the “[d]efendant's hypothetical assertions of emotional discomfort about sharing facilities with transgender individuals are no different than similar claims of discomfort in the presence of a minority group, which formed the basis for decades of racial segregation.” The Superior Court also dismissed as speculative another employer defense: “Individuals who claim a different gender from day to day, or who do so simply to be disruptive or to sexually harass other employees do not meet the definition of transgender.”

Ultimately, the Superior Court held that Lozano had pleaded sufficient facts to state a FEHA claim for employment discrimination, reasoning that it would be unlawful for an employer to require a transgender employee to use the bathroom and locker room of his or her birth-assigned sex.

While this is the first case of its kind, it is important to note that the Superior Court's decision applies only to the named parties and is not binding on other courts. Furthermore, AMPAC will likely ask an appellate court to reverse the trial court's decision.

If you have questions about discrimination laws in California don't hesitate to contact leading California employment lawyers from Kingsley & Kingsley.  Take advantage of a free initial consultation to discuss your specific case by calling us toll-free at (888) 500-8469 or contact usregarding your case.