In an unusual and short opinion, the Ninth Circuit, in Urbino v. Orkin Services of California, Inc.remanded the plaintiff's PAGA representative action for alleged meal period, overtime, and vacation pay violations back to state court. No. 11–56944, 2013 WL 4055615 (9th Cir. Aug. 13, 2013). The principal issue in the case was the reconciliation of two very different statutes: the federal Class Action Fairness Act of 2005 (“CAFA”) and the California Private Attorney General Act of 2004 (“PAGA”). 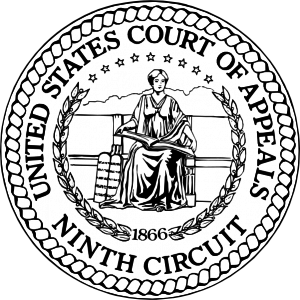 Under diversity jurisdiction, there are two ways to remove a claim to federal court.  If the individual's claim(s) exceeds $75,000 or, under CAFA, if the aggregate claims exceed $5,000,000, the matter may be removed. In Urbino, the parties agreed that the plaintiff's individual claims did not exceed $75,000; thus, the only issue was whether the penalties recoverable on behalf of all aggrieved employees could be aggregated to meet the requisite jurisdictional amount in controversy.

The Ninth Circuit held that aggregation did not apply. “[S]imply because claims may have ‘questions of fact and law common to the group' does not mean they have a common and undivided interest.” Urbino v. Orkin Servs. of California, Inc., No. 11–56944, 2013 WL 4055615, at *2 (9th Cir. Aug. 13, 2013) (quoting Potrero Hill Cmty. Action Comm. v. Hous. Auth., 410 F.2d 974, 977 (9th Cir.1969)). Therefore, the court found that CAFA did not apply because the civil penalties that employees could recover could not be combined to meet the amount in controversy required for federal diversity jurisdiction.

PAGA allows an individual to represent “aggrieved employees” for statutory penalties.  These penalties can vary but the default amount, if not indicated elsewhere, is $100 per pay period in which the conduct occurs. Moreover, in a PAGA claim, 75% of the money is directed to the state, and the employee only keeps 25%.  At the end, the court concluded that PAGA lawsuits may not be aggregated to meet the amount in controversy because an employer's violation of state labor laws originates an individually-held right to redress in the aggrieved employee and not collectively in the state. Id. “To the extent Plaintiff can—and does—assert anything but his individual interest, however, we are unpersuaded that such a suit, the primary benefit of which will inure to the state, satisfies the requirements of federal diversity jurisdiction.” Id. at *3.

The court is instructing us that PAGA claims cannot be removed to federal court because the real party in interest, the state of California, cannot be brought there under diversity jurisdiction.  “The state, as the real party in interest, is not a ‘citizen' for diversity purposes.” Id. at *3. Therefore, PAGA claims will not count towards the amount in controversy for federal removal purposes and they should be brought in all cases.

This is a significant victory for employees wishing to stay in state court.